Glare is a commonplace lighting predicament.

It occurs when an intense light source or reflection off of a highly polished surface interferes with our ability to see.

Now, the human eye is fairly adept at adjusting its iris aperture to accommodate for fluctuations in brightness levels…up to a point. However, with adaptation comes over-compensation, our brain’s ability to clearly discern finer details, moderately to heavily obscured, depending on the intensity of the offending light source; and this, even if the object or room is otherwise sufficiently lit. Glare can quickly escalate from minor annoyance to moderate discomfort. But it can also severely decrease our natural ability to perceive detail, depth and other pertinent information.

It is, at once, simple yet challenging to detect the source of an annoying glare. But here are a few quickie tests you can do to find the culprit.

First, look at an offending object where the glare appears at eye level. Now, block the light source illuminating it. If the object is more clearly defined and easier to see, then it is the light shining on the object and not the object itself that is producing the glare.

To detect reflected glare, study the surface of an object from a normal viewing position and distance. Then, block the light falling onto its surface. If object details are now easier to see, reflection is the problem. Next, place a small mirror face up on the surface producing the glare. If the mirror reflects light back at you, then the light fixture directly above it is responsible for the glare.

Okay, so you’ve identified the source of the glare.

Well, you can minimize glare greatly by using smaller, less intense lamps and overhead lighting as opposed to large, bright fixtures. You can also put overhead lights on a dimmer to have absolute control over the intensity of their illumination.

Try buying ‘soft white’ bulbs as opposed to clear ones. You can also apply a diffuser to existing fixtures, cover bulbs with louvers, lenses or other light-diffusing devices. It may seem counterproductive, but you can also try and increase the light levels around an offending area, homogenizing the brightness to dissipate the glare.

Lastly, use lighting that can be directionalized; lamps with more than just one option (like tri-lights, or lamps that contain independently lit bulbs where more than the one bulb being lit at a time is optional. 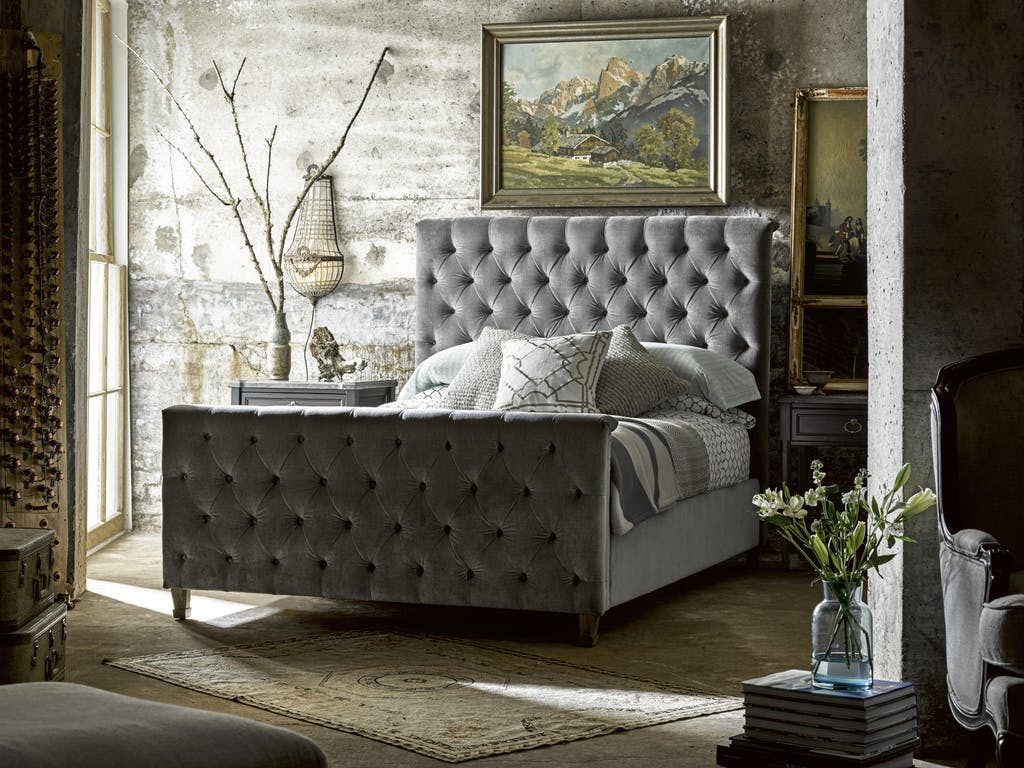 You can also be more creative in your choices of both fabrics and colors to minimize glare; darker, light-absorbing colors, as opposed to whites, pale beiges or light pastels, and, fewer mirrored and/or glass surfaces can greatly alleviate sources of residual glare.  Finally, when choosing paint, stick with eggshell, faux suede or matte finishes as opposed to a gloss, semi-gloss or even pearl finishes.

Left unattended, glare can lead to improper contrast issues. There are two types of contrast problems to consider: one occurring when there are very different light levels from one area to another; the other between contrast and color perception from various objects in a room. There are many focal points within a single living space, and focal points will differ from room to room. But these should always favor more accented lighting to show them off to their best advantage. Conversely, having too much contrast can bleach out colors.

There is a point in the level of brightness where the eye simply settles on a default setting in tonal black and white to understand other representations in the room. Too much light cast on a dark blue or brown object may give the illusion the object is either black or tonal grey. Too little light and these aforementioned hues may cause them to be indiscernible, acquiring a non-descript muddy tone, unattractive and worse, indistinguishable from other background information in the room at a casual glance. To avoid this and heighten the sense of depth perception in your room, you will want to tweak contrast up a notch or two, while being conscious of keeping the specter of reflected glare at bay.

Matte finished surfaces can help alleviate this. You can also temper the effect by offsetting extremely shiny objects, so that they catch only the residual gleam from a light source. You can ensure the eye will have access to better delineation and detail by using complimentary colors in your home décor as opposed to direct matches. A brown sofa? Why a dark beige or medium grey wall? Go for color punch. Do an accent wall in a complimentary tone that pops. Brown sofa? Navy wall? Or yellow, or ochre, or plum, or light blue or…the possibilities are practically endless.

Finally, consider the do’s and do not’s of evenly distributed light by first considering their alternative. As example, when light is poorly distributed, parts of the entire living space can appear shadowy and dark to downright gloomy. Substantial differences in light levels force our eyes to readjust. That’s okay when moving from room to room. But within a single living space, a mere turn of the head may result in the eye having to recalibrate what it sees more than a half dozen times. And while the human eye will keenly go through these aperture adjustments subconsciously, the strain placed on the retina, even over short periods of time can lead to eye fatigue, headaches and other related health issues.

So – do paint your ceilings a light color. Do not paint them white. Why? White blooms when light is reflected off it. The notion of painting ceilings pure white is a holdover from those bad ole days when wall color choices were basically limited to sixteen shades of beige, green, blue or gold. White is a neutral and so it went with all of them. Today, there are literally thousands of custom colors to choose from for your walls. White should not be the de facto ‘go to’ for all of them anymore. Instead, consider soft ‘off whites’, winter whites, soothing café latte creams, taupes, or light wheat, even pastel derivatives of the color choices you have already made for the walls.

Do seek out methods of lighting a room that involve a combination of ceiling fixtures and decorative lamps. Do not overdo a room in pot lights. Why? Pot lights direct a concentrated beam of light into a particular area, creating dramatic pools of light, but equally as striking shadows in between. While you can offset this effect with other light sources, nothing can take away from that awful ‘reverse flashlight under the chin’ effect when you stand directly under a pot, its rays creating ghoulish shadows across your face and body. It’s not a very flattering light source and should not be considered as anyone’s primary source for effectively distributing light.

So, a light meter can be most useful here; the unit of measurement for illuminance, the lux (or lumens per square metre = 10.76 foot candles, fc).

Take readings from several angles and positions. The unit of measurement for luminance is candela per square meter (equaling 0.29 foot-lamberts). An illuminance meter is used to measure this. Contrast, or the relationship between brightness of an object and its background, should typically hover around 0.5

Do consider the following as signifiers of poor lighting: difficulty reading the newspaper or a book, either from too much glare or not enough artificial light filling the iris; eyestrain and/or irritation; also, blurry vision (not being able to focus on an object in the corner of your room may have nothing at all to do with bad eyesight and everything to do with too much or too little light illuminating the area), dry burning eyes, and finally, headaches.

Poor lighting can also contribute to stiff necks and shoulder aches from an awkward, but unconscious decision to strain in our posture towards a better light source nearby. Just like plants, we also tend to lean toward the light.

Do have sufficient light sources to compliment and fill in gaps where necessary. Do establish good contrast. Do limit glare and extreme contrast using light diffusers and/or filters.

Do not place significant light sources near a computer or TV monitor. This can also include light emitted from a roaring fireplace. Each source emits its own level of ambient light and each can contribute to unwanted glare and reflections. Introducing another, as ambient, source close to a TV monitor or computer screen will cause your eyes to move back and forth from one light source to the other; again, leading to unwanted glare, significant eyestrain and equally as undesirable reflections, particularly if the image on the screen is darker than the level of light streaming in from the source nearest it.

Do avoid placing decorative shiny accents in the direct path of concentrated light. Rearranging these objects just left of right of the light source will eliminate potential glare while still preserving the natural sheen with a softer light at play, gingerly to bounce off and illuminate these objects, showing them at their best advantage.

Do try and create as many light sources in a room that will reflect off the ceiling. These will produce a softer homogenized pattern of light as opposed to light sources that shine light from the top down. Finally, do keep direct light away from mirrors, glass-protected, or otherwise shiny works of art for the same reasons as described above, but also to protect the artwork itself from premature fading due to repeated exposure to a direct light source.

Bottom line: good lighting is one of the most important decisions to consider when preparing a new, or simply sprucing up an established living space.

Good lighting has the potential to create a fascinating and cozy experience both you and your eyes will cherish for many good years to come. Bad lighting will wear out your patience as well as your eyes in no time at all.  So light up and enjoy. Be creative, but be smart too.